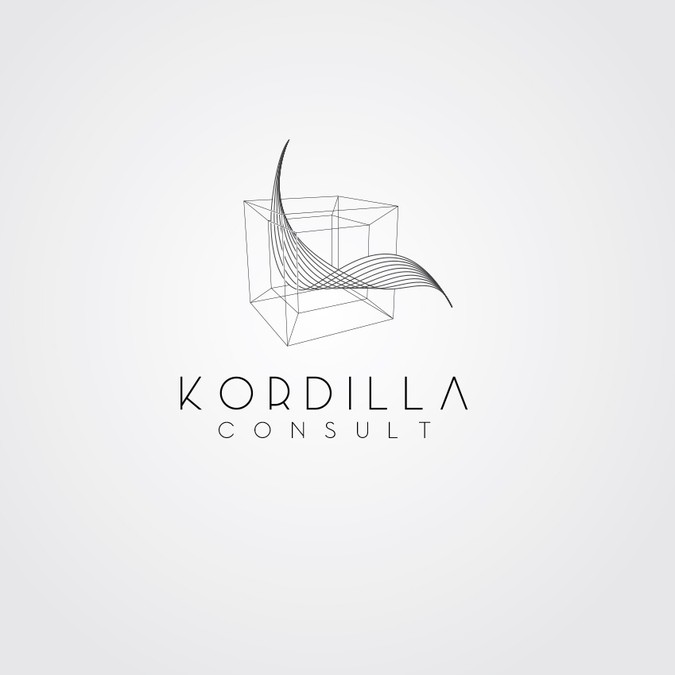 Logo for consulting/research in high-performance computing of flow dynamics 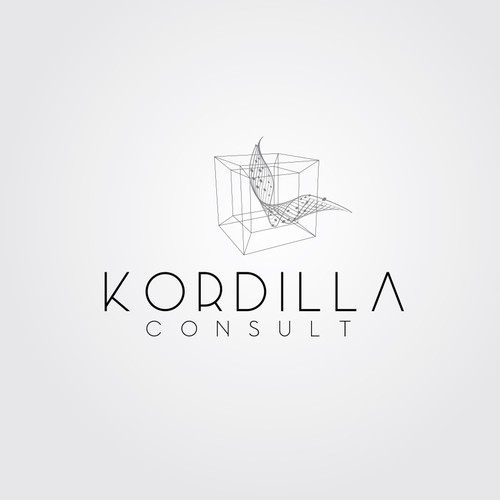 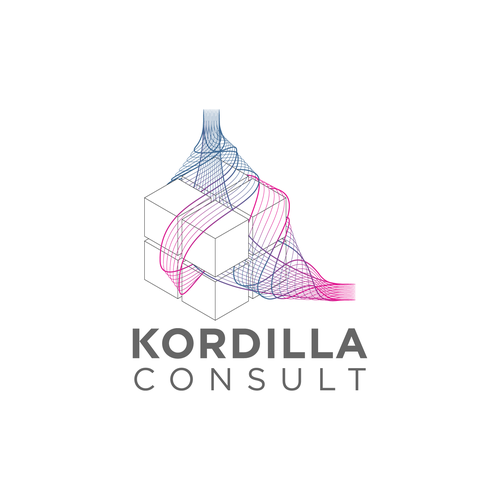 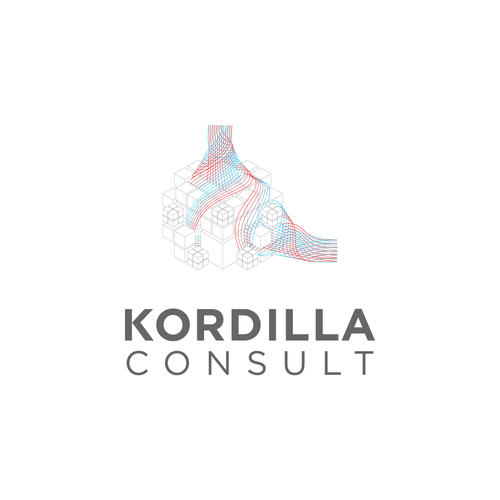 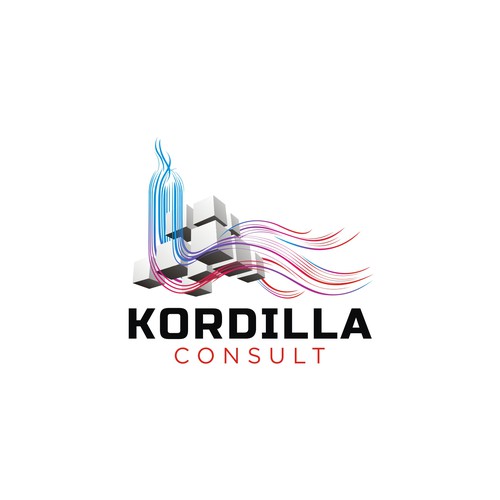 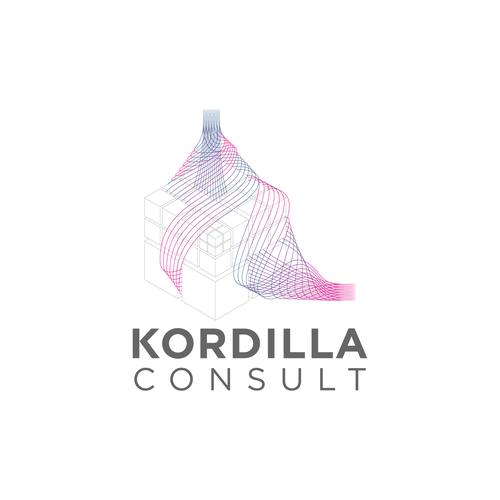 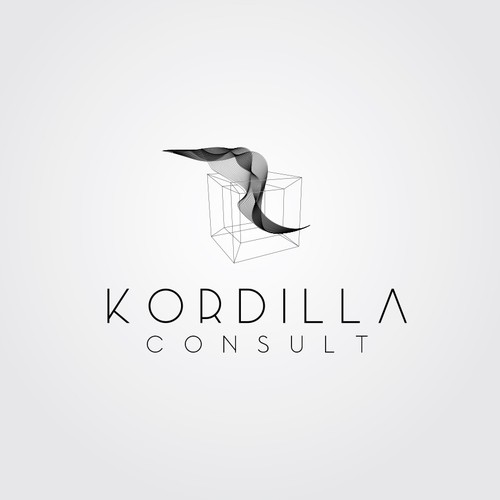 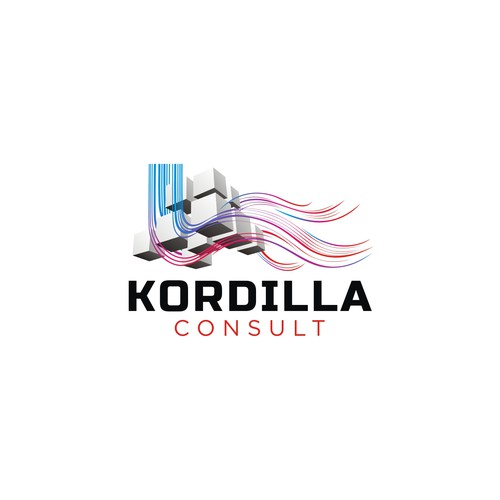 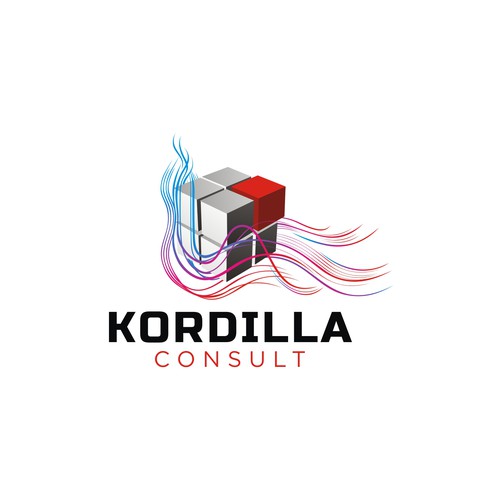 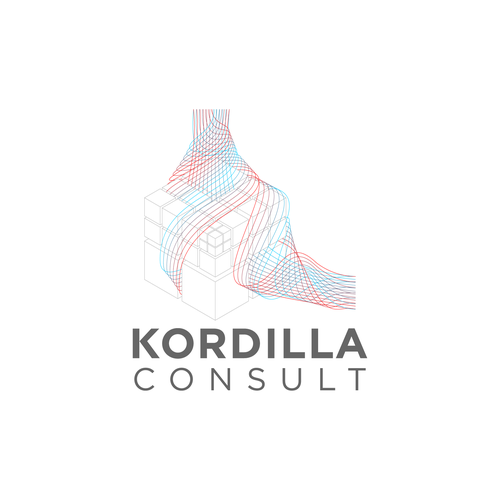 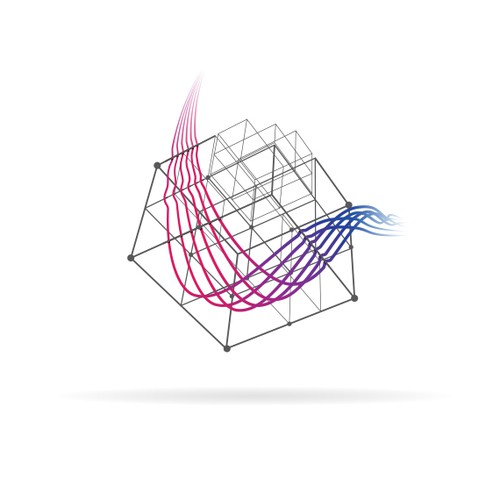 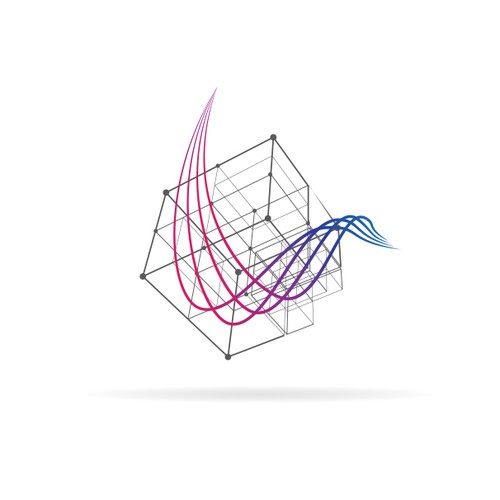 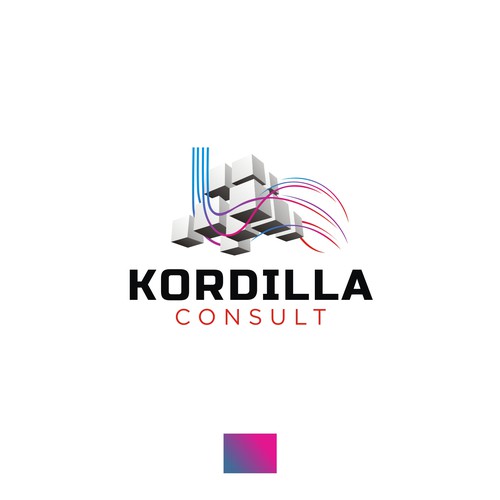 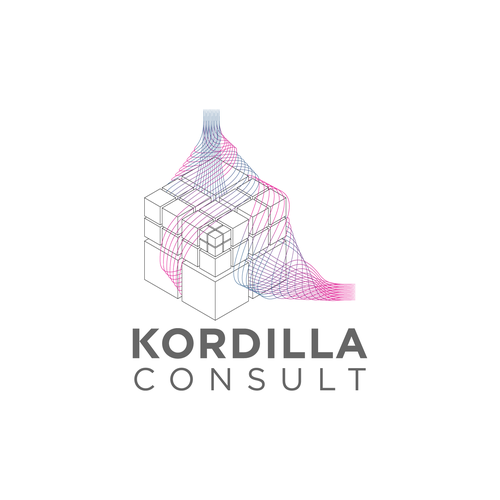 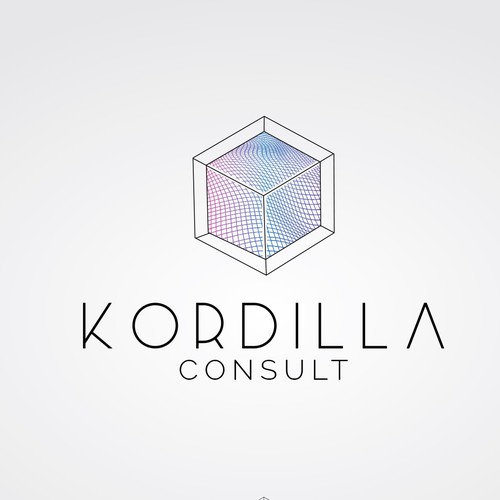 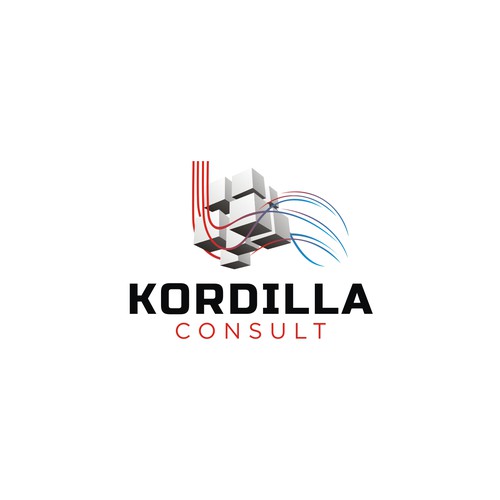 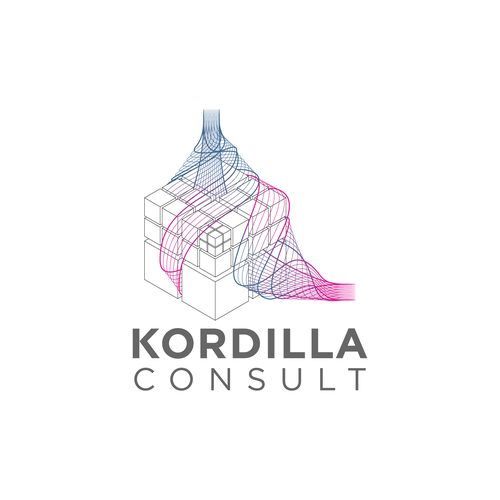 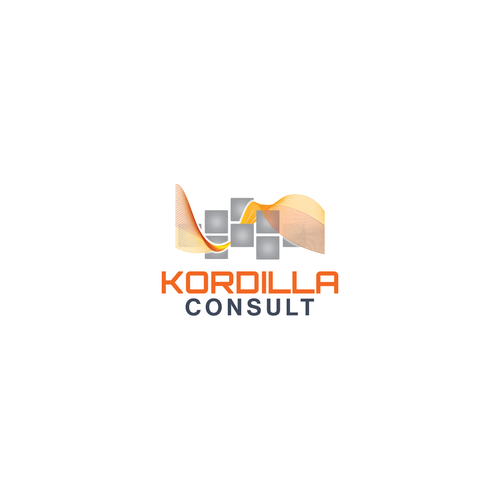 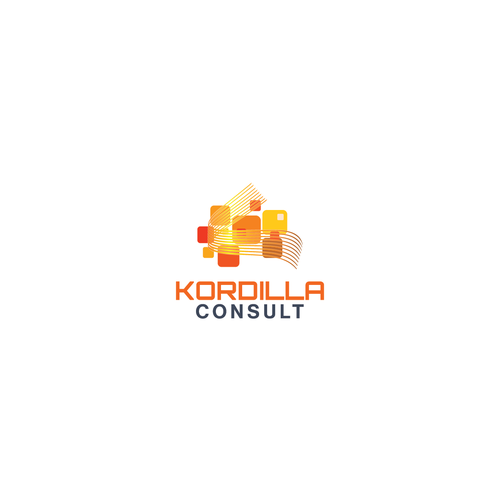 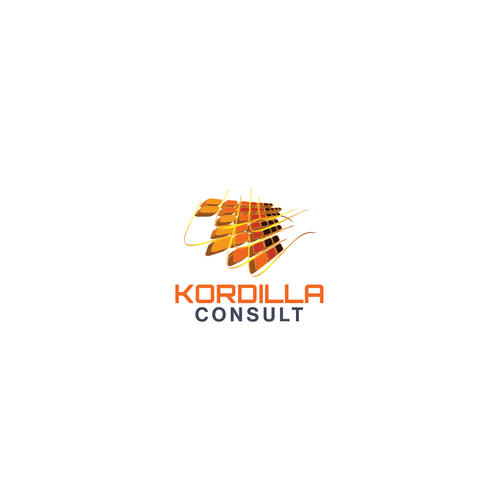 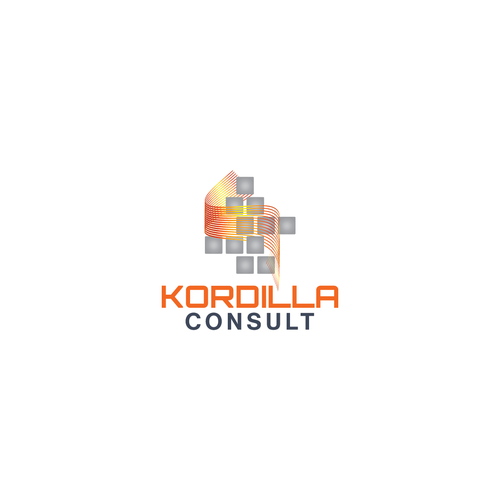 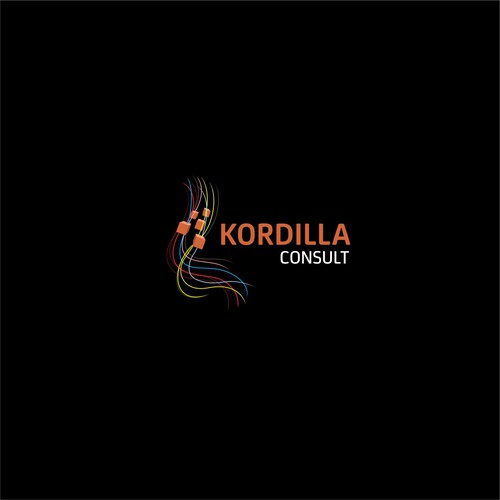 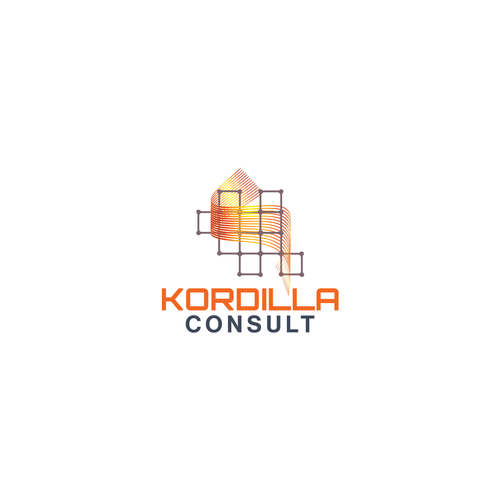 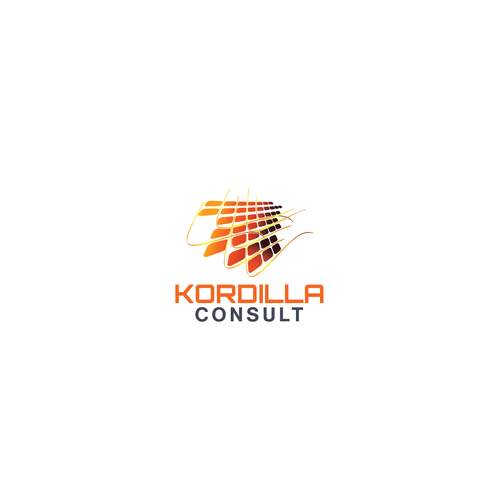 The logo should consist of some form of flow made up of rather thin flow lines (preferably starting from top and ending lower right or right into horizontal direction) through some arrangement of square solid objects (they can but don't have to be of same size, any suitable amount of square-ish objects). The squares should be rather close to resemble some bulk structure that they belong to (it can look like the structure dissolves partially, i.e. some squares may be smaller or be slightly further away).

The logo can have some 3D vibe but should not look rendered or too shiny (see attachments). The flow can have a color gradient. In general the logo can also play with the idea of representing complex shapes with simplified objects (we work with 3D numerical simulations): See also the "Bird" and the "E" logo that we choose from 99designs examples.

We prefer the logo to be rather detailed, i.e. it should consist of smaller details, as for example the "Carrier", "Elements" or "Herritage Plaster" logo.

The background should be white.

The logo art should be easy separable from the name to be used independently as well (i.e. the focus of the logo should be on what we offer, not directly involve the company name). In general the logo should transport a rather scientific, rigorous, or professional vibe (though it should have degree of "turbulence", i.e. non-symetric elements). In essence: We work in a very exact, mathematical work environment dealing with flow of fluids that represent are rather difficult and non-exact behavior at times.

rebrand an existing business. needs to look cool and sexy for the IT world
£379
Managed IT Services and cyber security. Servicing any small to medium sized business
212
entries
63
designers
Hackathon Logo
CHF 299
Hack Winterthur is a hackathon (https://en.wikipedia.org/wiki/Hackathon). 100 people will participate in the three-da
65
entries
12
designers
Create a geeky logo for a tech blog
299 US$
We write detailed tech tips and guides to help non-tech-savvy users solve specific problems related to their computers a
115
entries
23
designers
Need creative/whimsical logo for modern remote support/tech start up! Only serious/original designs please!
299 $
Remote Computer Support. This is strictly a remote business dealing with computer repair.
31
entries
7
Designer
Association needs a new powerful logo that will capture attention
$350
The association educates management and maintenance in property management as it relates to laws and legislation. we al
58
entries
12
デザイナー数
Create a logo for Centre for Virus Research (CVR) HPC Supercomputer
£239
Established in 2010, the Centre for Virus Research (CVR) represents the UK’s largest group of human and veterinary vir
72
entries
26
designers

Comece agora mesmo
Design a logo for The Ohio State University Cyber Security Club
299 US$
We are looking for a Pictorial or Abstract logo for the Ohio State University Cyber Security Club. The official "working
21
entries
9
diseñadores
Void Cheats logo
299 $US
Void Cheats, is a company that develops mods and "cheats" for video games..
91
entries
26
designer graphistes
AJUVO needs a Feminine, Robotic, Abstract Eye logo.
$1,299
The product is a data monitoring managed service in the IT sector.
154
entries
36
designers
Young entrepreneur needs logo for new computer company
US$299
Computer assembly and repair specializing in gaming computers. Target audience is parents of elementary and middle schoo
70
entries
26
designers
Design a Certified Secure Seal
USD 299
The graphic represents a "seal", "stamp", "award", or "sticker that would be applied to a product to indicates it's secu
111
entries
26
designers
wbSCAN needs a new logo!
USD 299
Mailing and shipping software for commercial mailers. Target audience is printing and mailing companies that produce and
133
entries
35
designers